A3P Biomedical has formed a Scientific Advisory Board (SAB), comprised of scientific and clinical leaders in urology and oncology, and chaired by professor Per-Anders Abrahamsson, former Secretary General of the European Association of Urology (EAU). The SAB will provide expertise and counsel to management in strengthening the clinical evidence and health economic benefits of Stockholm3 and advancing the global implementation, with initial focus on Europe.

“I am delighted to Chair A3P Biomedical’s Scientific Advisory Board, and to be part of such a distinguished group of scientific and clinical experts. Stockholm3 already has a strong scientific foundation with more than 75,000 men included in prospective clinical studies and has the potential of becoming an important tool in reducing mortality and overdiagnosis in prostate cancer,” says Per-Anders Abrahamsson.

“The prestigious group of thought leaders who have joined our Scientific Advisory Board will provide A3P Biomedical with strategic expertise and access to international key opinion leaders in the months and years ahead, as we continue our mission of improving men’s health by implementing Stockholm3 for early detection of prostate cancer,” says David Rosén, CEO at A3P Biomedical.

The founding members of the A3P Biomedical European Scientific Advisory Board are:

Professor Alberto Briganti
Professor Alberto Briganti is deputy-director of the Urological Research Institute and director of the Robotic Surgical Program of the Department of Urology at San Raffaele Hospital in Milan, Italy. He is a member of European Association of Urology (EAU) Scientific Committee and the Editor-in-Chief of European Urology Oncology. He is a reviewer of numerous scientific journals in the field of urology and oncology. Professor Alberto Briganti has published more than 1,100 peer reviewed papers and has won several awards, e.g. the Matula Award, annually assigned by the EAU to the most promising academic urologist below the age of 40.

Professor Dr. Markus Graefen
Professor Dr. Markus Graefen is a co-founder and Head of the Martini-Klinik, at the University Hospital Hamburg, Germany. The Martini-Klinik is the largest prostate cancer treatment center in the world with 8,000 outpatients and more than 2,500 surgical cases annually. Professor Dr. Graefen is a member of the German guideline committee on prostate cancer, Editorial Board Member of European Urology, Board Member of the German Association of Urologic Oncology and Member of the Scientific Board of the Federal Physicians Chamber in Germany. He is further a reviewer of numerous national and international scientific journals. Professor Dr. Graefen has published more than 850 peer reviewed papers and has won several research awards.

Link to a presentation of the Scientific Advisory Board members on A3P Biomedical's website.

A3P Biomedical’s mission is to improve quality of life of men by radically increasing the precision in prostate cancer diagnostics. The company’s lead product is Stockholm3, a blood test for early detection of aggressive prostate cancer. Stockholm3 has been developed by scientists at Karolinska Institutet and validated in clinical studies including more than 75,000 men. A total of SEK 750 million has been invested in clinical research, product development and market validation activities of Stockholm3. A3P Biomedical is headquartered in Stockholm, Sweden. For more information, please visit www.a3p.com.

Stockholm3 has been evaluated in clinical studies with more than 75,000 men. Data from the latest pivotal study, a randomized study including 12,750 men, was published in The Lancet Oncology in 2021. The study was also awarded the European Association of Urology (EAU) "Prostate Cancer Research Award 2022". Multiple additional studies have been published in high-impact journals, including a previous study with 58,000 men, published in The Lancet Oncology in 2015 (1).

Based on robust peer-reviewed clinical data, leading Nordic healthcare providers such as Capio S:t Görans Hospital in Sweden and Stavanger University Hospital in Norway have replaced PSA with Stockholm3. Region Värmland has introduced general screening for prostate cancer with the help of Stockholm3 for men in the age category 50-75. Patients benefit from a more precise test (increasing sensitivity and specificity) and healthcare providers can reduce the direct costs by 17 to 28 percent (1).

Prostate cancer is the second most common male cancer, and the fifth leading cause of cancer related death in men worldwide. According to WHO, 1.4 million men were diagnosed with prostate cancer and 375,000 deaths were reported in 2020. Incidence of prostate cancer is expected to increase by 70 percent until 2040, driven by an aging population. 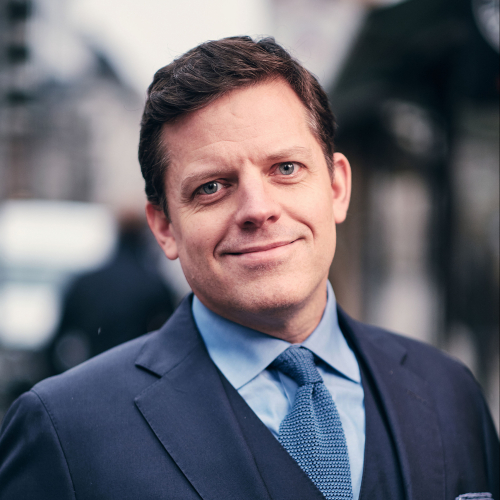